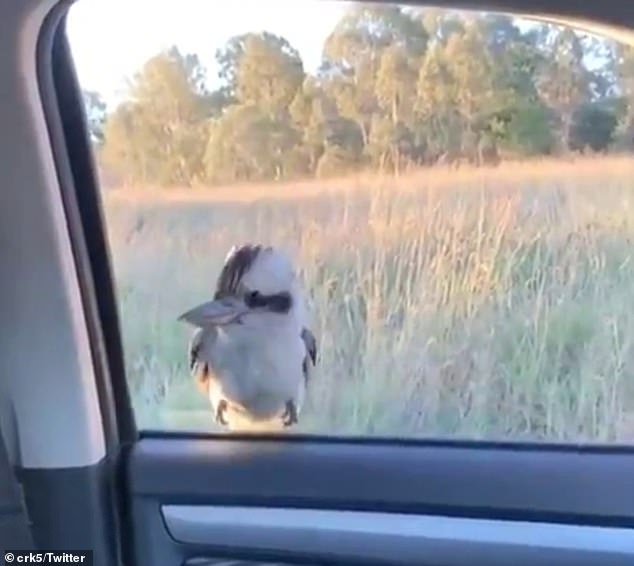 An adorable but stubborn kookaburra refused to fly off an open car window despite the driver winding it up and down, footage shot by the driver shows.

The video, which was shared to Twitter, shows the kookaburra minding its own business on a car window in Hobart, Tasmania.

The bird was seen enjoying the ride as the driver wound the window up in hopes of the kookaburra flying away.

But he doesn’t appear phased with the sudden movement and remained on the window.

It is unclear what the driver eventually did with the persistent bird.

The cute footage received 32,000 retweets and a massive 144,100 favourites with social media users loving the content.

‘Well, it’s a kookaburra, not a budgie,’ someone joked.

‘Easy fix. Go all the way up bar an inch from the top and give it a gentle nudge and as it jumps off, close the window. Alternatively, say hello to your new master,’ another suggested.

Others however shared an adaptation of a nursery rhyme about kookaburras. 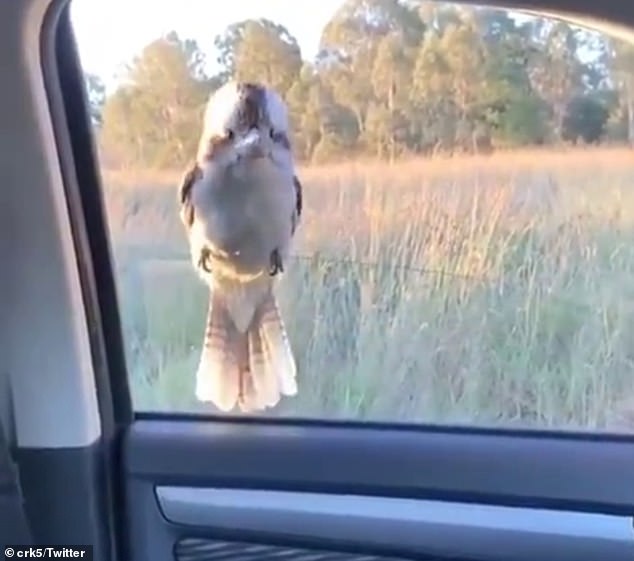 Kookaburras are native to eastern Australia and are known for their loud raucous laughter.

The laugh is used by the birds to establish territory with family usually in the morning.

They have distinctive features such as a stout, stocky body with a large head, prominent brown eyes, and a very large bill.

The fascinating birds mainly live in dry eucalyptus forests, woodlands, city parks and gardens and like to live in the same territory throughout the year.

Their diet includes mice, snakes, yabbies, insects, small reptiles and the young of other birds.